The October weekend in Coonabarabran was very well attended event with over 30 Belletts and GTs, some Wasps and a lone Florian. They came from Tasmania (yes, across on the ferry), Melbourne, Adelaide, Albury, Dubbo, Mudgee, Dunbogan, Bemboka, Gold Coast, Gladstone, Maryborough to converge at Coonabarabran for this well organised event.

Most were there by Friday afternoon with a group dinner at the local Bowls club. The invitee event officially started on Saturday morning with the rain holding off and temp warming up. 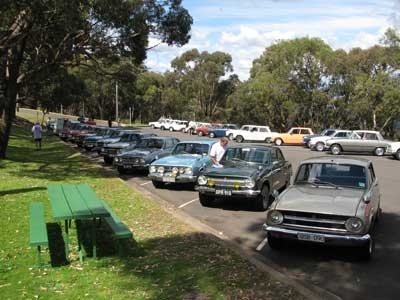 The Concourse and judging utilised the extensive Motel grounds but alas not the rules, followed then by a convoy drive to a nearby park to display the fleet to the locals. An afternoon group drive/hillclimb to Siding Springs Observatory saw the cars fill the entire car park. Evening meal was at the local Imperial Hotel with a very interesting talk by ICCA member Neville Hannah who used to sell and rally Belletts for New Guinea Motors in PNG with Keiran, Bond et al. More drinks and a Bellett Trivia Quiz later told some of us to study up better on Bellett and Wasp specs! 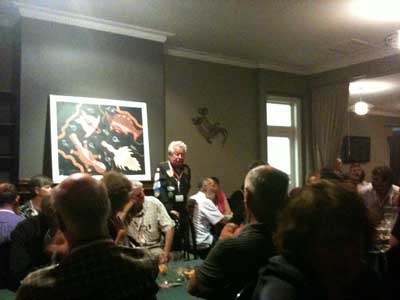 The Concourse line up included: 12 GT's, 21 sedans, 3 Wasp utes, 1 Florian. Sunday morning, rain and cold, Concourse and partisan trophy winners announced. The best Sedan was that of Gary Smith and the best real GT was that of Barry Magor. Modified entries were everywhere but by far the most interesting was the George Cole Wasp that was a genuine work of art compared to the other modified sedans, GTs and Wasps. Come to think of it his Sedan was not bad either. 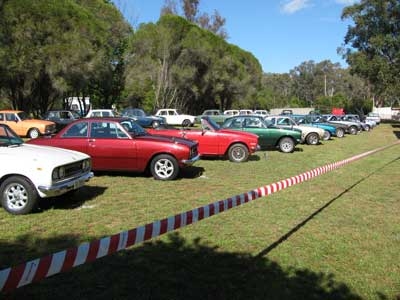 The afternoon trip was to the local Wattagan Estate winery to sample some gear including Pop's Pilliga Piss, with all wines at $12 a bottle. Some of us stayed on here whilst the rest went to the Jockey Club or the local Bowls Club, an alternative dinner arrangements for that night. After a last peruse of others photo albums before departing some like myself had to steel up and get ready to drive the 750km home on Monday. A great weekend away at a great country town! Lewis 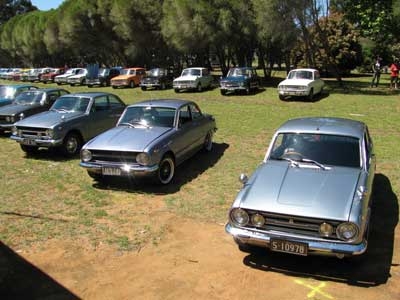