The 2013 Carnival was the ICCA premier event celebrating the 50th Anniversary of the Isuzu Bellett that was launched in June 1963. It was a great success with fine weather, although a little windy from time to time. The Australia Day event offered us new challenges and pleasures each time and with over twenty cars and utes displayed and everyone had a really great day. This NSW Government sponsored event seems to improve every year and the ICCA members do enjoy going to this show. As with the old Motorfest we assembled the Club display cars early in the Domain car park and whilst waiting sampled the local Lions super BBQ breakfast and coffee. The cars left in convoy at about 9.30 AM for the display location where we would be spend the rest of the day. The race cars and trailer cars had already set up at 7AM in the display location in Macquarie Street. This year we had a primary position in Macquarie Street, just up down from the corner of Hunter Street. Included in the Club participants this year we had the some Queensland members Greg and Liz Moller with Liz’s Wasp and the Grice’s from Albury who had a Bellett GT and Florian to make a pair with the Smith car. We also had out the very nice Degnan Gemini and the Crozier Gemini race car and the two Warren Gore, before and after Wasps that drew lots of attention. Ian Frank brought along the Piazza and the Gary Carter 117 rounded out the later Isuzu vehicles on display. 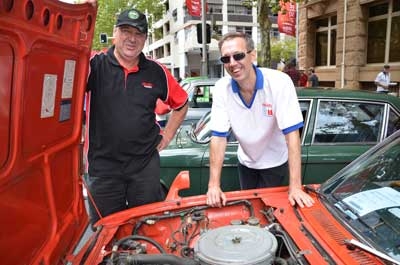 In all, the ICCA club displayed 6 Bellett GT’s, 5 Bellett PR20 Sedans, 3 Wasps, 2 Florians, 2 Geminis, the 117 and the Piazza. A great display for the 50th Anniversary. The location was opposite the State Library which provided good exposure for the cars and utes. This year we had also support from Isuzu Ute who provided D Max banners that we used to delineate our display area. All the race cars, sedans, Wasps and road cars on display were great and the variety and presentation attracted lots of pokers, stories and interest. 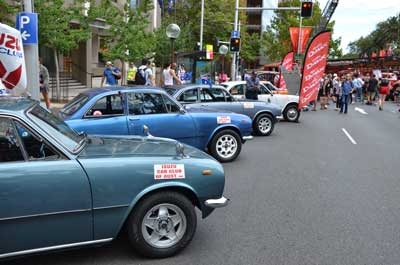 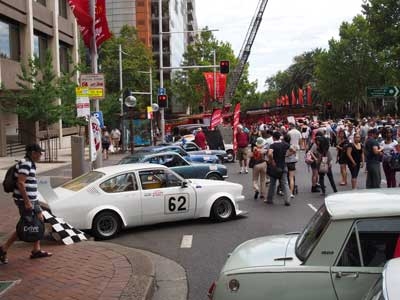 In addition to those already mentioned we had cars from Jack Curtis, Neville Hannah, Maurice’s, Amos, Millers, Smiths (Gary & Matt) & Bailey along with lots of members, old and new dropping by to catch up or reminisce on the good times. It was good to see Roslyn Gore, Gary Butcher and also Peter Schroeder from BCCV who also called in on the day.

At the end of the day we packed up and formed a convoy that headed via the M5 to the AGM and a BBQ dinner. We had an equally successful Annual General Meeting after the BBQ with election of Committee for the new 2013 year. 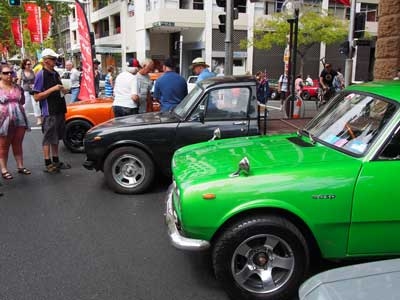